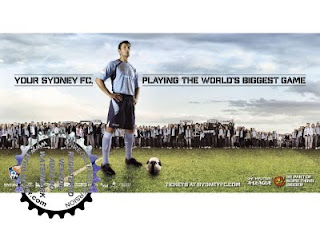 Sydney FC has the best credentialled coach in the A-League in terms of having been a proper coach in a proper league, enjoying success with Slovan Liberec.


This season the Sydney FC squad looks more balanced than the last few seasons, particularly the left side with new left back Byun Sung-Hwan and Koffi Danning expecting to cause havoc.

The defence could be the weakest link, with Tony Popovich and Iain Fyfe departing. The hole has been filled by youth team players Anthony Golec and Mathew Jurman. However experienced Swiss defender, Stephan Keller was Sydney FC's final signing for the 2009/10 Hyundai A-League season.

The 30-year old, who has spent the last two seasons with Dutch club, de Graafschap has signed a one year deal with the Sky Blues and is looking forward to the coming campaign.

PLAYERS TO WATCH
Karol Kisel, the 32 year old Slovakian attacking midfielder from Czech clubs Slovan Liberec and Sparta Prague, can play in the middle on the right and on the left of midfield.

The Korean Byun Sung-Hwan comes to Sydney FC after seven years and 134 appearances in the K-League, most recently with Jeju United. His best position is left back and my spies tell me the 29 year old is not scared to take on players, can cross well and is two footed.

A Football Story Prediction
Should make finals, but Bling FC, Drama FC, Discipline FC whatever you want to call them, will make their fans work for it, that’s for sure.

FAN CULTURE
The Cove, in both sight and sound, is something to behold in full flight. A supporters group can be marred by those who want to lead and those who don’t want to follow. sfcu.com.au

Something interesting: One of the best home ends in the league, the Cove in full swing goes off like a frog in a sock!!

Fact: Owned by a Russian, coached by a Czech. The communists invaded Czechoslovakia after World War Two, hopefully these two get along.

Thought: The Bling is no more, club officials say. For the sake of the whole A-League Sydney FC needs to play well and win to get the crowds to come back.