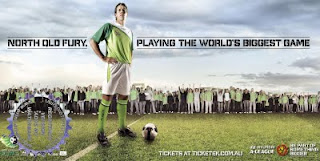 The main question about the Fury and its chances for its debut A-League season rests with a rhetorical one: How about that heat?

The match commentators of the Fury home games will start talking about how hot it is, why Robbie Fowler isn’t playing, and also tell us not to be too harsh on the new boys as it’s their first season and that running a football club from scratch can be hard.

PLAYERS TO WATCH
Fred Aguis (creativity and free kicks) and Robbie Fowler (Cause he is God). Ex-Adelaide United players Osama Malik and Jason Spanguolo should also get a mention as ones to watch out for as well.

If Fowler plays it will be great, if he scores even better.

But in the brief history of great Marquee players to have graced the bumpy pitches of the A-League, he fits the over-aged, over-paid and under-performing tag before he has even played a game.

A Football Story Prediction:
Dead last or sneaking into the finals

Key Signing: David Williams one of the best young players in Australia is full of potential.


Key Player: Robbie Fowler if he scores goals and doesn’t embarrass himself and the A-league then that will be excellent


Something interesting: Every time the Fury announce a player or administrator they leave but the replacements they get to come in are much better. Jade North –Robbie Fowler. Brendan Santalab-David Williams

Coach Quote: “How about this heat?

Fact: F-Troop is the name of the supporters group.

Thought: Could be everyone’s favourite second team; will add a tropical flavour to Australian Football.

ABC Radio will broadcast the home games only on 630ABC Radio North Queensland.