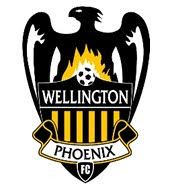 The first of a Friday double header kicks off with Wellington Phoenix playing host to Adelaide United. Both teams will be looking for a win so they can creep out of the bottom four.

Wellington did not do much wrong against Sydney FC last week. They were on their way to a hard fought away point, with the score at 0-0 with less than 15 minutes left to play the Phoenix defence fell asleep at a corner and allowed the Bling substitute Brendan Gan to head in the go-ahead goal (ESPNism).

The Phoenix will welcome the addition of attacking midfielder Adrian Caceres to their squad. Look for the former Perth Glory, Melbourne Victory and Central Coast Mariner to take up his normal position- on the Bench.

Adelaide United is struggling with poor form and some distracting off field issues. The Pissants are suffering from a discipline problem with Brazilian Cassio and Robert Cornthwaite the main offenders, especially in the latter’s case.

“We’ve got good depth and quality in the squad. The players understand there are no (selection) guarantees going into this match or any other and we’ll make the final decision on the squad after final training at Westpac Stadium and make the decisions around what we feel in necessary,” added Herbert.

Adelaide Quotes: “It’s only four games in and we’ve been disappointed with the way we’ve started. We weren’t hoping to be in the position we are in so we’ve got to bounce back and be mentally strong,” Adelaide midfielder Paul Reid said from Adelaide Airport prior to the squad departing for Sydney en route to Wellington .

“If we get a couple of wins we’re right up there so it’s only early days, but we can’t keep playing the way we have been and we’ve got to bounce back against Wellington.”

*four to be omitted*

*one to be omitted*