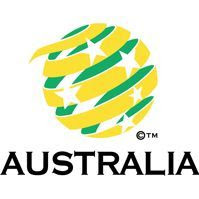 The Socceroos face Head Coach Pim Verbeek’s ex side South Korea in an international friendly match that will be played in Seoul this Saturday evening the 5th September 2009.

The match kicks off at 9pm Australian time and 8 pm local. With Verbeek intent to use these friendly games to find the best possible squad for South Africa 2010 the return of some old heads brings a familiar look to the squad.

Returning into the Dutchman’s 24-player squad for the Saturday nights game are Michael Beauchamp, Jason Culina, Vince Grella, Josh Kennedy, Mark Milligan, Michael Petkovic and Shane Stefanutto. All missed selection for the recent international friendly against the Republic of Ireland in Limerick that the Socceroos won 3-0 earlier this month.

In contrasting fortunes Josh “Jesus” Kennedy has left his German nightmare behind him and has been getting crucial game time and crucially in a world cup year is in goal scoring form for Japanese side Nagoya Grampus. Unfortunately Vince Grella’s return to action for Blackburn this weekend was overshadowed by the terrible ordeal Grella suffered when he was involved in a home robbery. The Mirror in England reported that Grella escaped uninjured but was burgled at knifepoint by a group of masked men. Grella's wife Barbara and their seven-year-old twins Sophia and Victoria were not at home during the invasion.

FC Twente attacker Nikita Rukavytsya gets another chance to show what he can do as he gets to play his second game for the National Team while fellow Eredivisie player Brett Homan scored again for his Dutch side AZ Alkmaar. The Australian got the opener for Ronald Koeman’s side as they beat Willem 2-1 to go top of the Dutch League.

However the biggest talking points leading up to the game are the omissions of big names like Harry Kewell, Luke Wilkshire, David Carney and Tim Cahill. Cahill is being rested as precaution by Verbeek and Lucas Neill the Australian captain has not found a club yet.

Speaking about missing Everton star Tim Cahill, Verbeek said: “Timmy is struggling with his foot. They play a lot of games in the Premiership and the Europa League.

“It’s a totally different injury to the one he had in the past. He’s ok but at the moment it is much better to leave him in England. It’s going to be a long season.”

Regarding the situation of his captain Neill, Verbeek appeared to be worried as much as the fans about his situation:

“I am as anxious as everybody else and waiting for him to make a decision (where he wants to go).

“Again, it is better if he stays where he is at the moment. I am in regular contact with him but there is nothing I can do.

"It is totally up to him and he needs to focus on his future. He is 31 and waiting for the right moment to sign for the right club. I think there is nothing wrong with that. This is why he is not in the group,” finished Verbeek.

Turkey based Socceroo Harry Kewell was picked but Australia’s World Cup hero was a late withdraw: “I was at the [Kewell’s last] match in Turkey,” Verbeek said during a teleconference from the Netherlands.

“Harry scored a great goal but he also got a nasty kick on his ankle. I was with him at the medical and it did not look good but he is confident of being fit.

The ex South Korean boss should again indulge his pragmatic side with his favoured 4-2-3-1 formation but there are whispers that Josh Kennedy could play upfront with Celtic front man Scott McDonald.

Speaking of David Carney and Luke Wilshire late withdrawal Verbeek gave these reasons why the duo will miss this game.

“Last week David Carney signed with a new club (FC Twente) in a new country ( Netherlands ) so it is more important that he settles into his new environment and start playing regular club football again.

“In terms of Luke Wilkshire, he has played plenty of football in the previous two months,” finished Verbeek.

Verbeek’s mantra during friendlies has always been “the performance is more important that the result”. But like when he beat the Netherlands in 2007 in Holland, I’m sure Verbeek would love to get one over his former employer.......... especially in their own backyard. During the teleconference though the Dutchman was firmly on script:

“We’ll go to Korea to win the game but the performance will be more important than the result,” Verbeek said.

“Good performances make life easier and also if you play well you are more likely to win games, as we did in Ireland.

“I know the Korean mentality quite well and they will want to beat us because there will be prestige at stake.”

The last time these two teams met was at the 2001 FIFA Confederations Cup at the Suwon World Cup Stadium. The Korea Republic beat the Socceroos 1-0 on that occasion. Coincidentally, former Socceroos coach Guus Hiddink was in charge of the Korea Republic team on that day and Pim Verbeek was his assistant coach.

Korea Republic coach Huh Jung-moo has named an entirely overseas-based squad for the September 5 friendly against Australia in Seoul.

Because a full K-League fixture list scheduled the day after this game, Huh has been forced to recall 2002 World Cup veterans Ahn Jung-hwan, Seol Ki-hyeon, Kim Nam-il and Cha Du-ri.

Following this match the Socceroos head home to Australia in October to face the Netherlands in an international friendly match in Sydney (Saturday 10 October) before heading to Melbourne for their all important AFC Asian Cup 2011 Qualifier against Oman at Etihad Stadium (Wednesday 14 October).