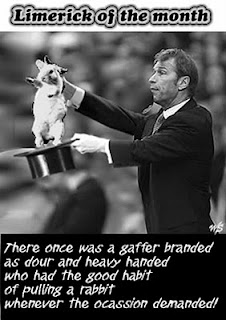 Like Radiohead has sung before this is a squad that has No Suprises.

The Disappointed: For most of these players training in Europe or playing in the A League or Asia didn't help any of them.
Simon Colisomo, Joel Griffiths, Bruce Djite, Eddie Bosnar, Sasa Ogenenovski, James Troisi, Alex Brosque. Jacob Burns, Mile Sterjovski, Chris Coyne, Mathew Spiranovic
The Lucky Picks:
Scott MCDONALD, Michael BEAUCHAMP, Jade NORTH.  I think Kewell's injury got Scott Mac on the plane and Beauchamp and North's experience with squad instead of form or fitness got both of the, picked. Lets just chuck in Brett Holman in here as well as I have him down as an early scapegoat.
Exciting Picks:
Dario VIDOSIC, Tom OAR, Nikita RUKAVYTSYA,Nick CARLE. I would love to see all four make the final 23 man squad but I only think Nikita will be the one that makes it. Tommy Oar has been hyped up more than a Micheal Jackson funeral.
Injury Concerns: 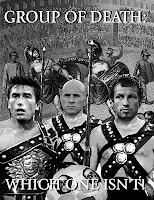 Rhys WILLIAMS (hip), Craig MOORE (old man legs), Scott MCDONALD (can only score from a couple of metres out), Josh KENNEDY (has back problems could snap in two ala Bruce Reid), Harry KEWELL ( in an exclusive interview with Harry Kewell's groin. It was quoted as saying: "kill me"), Mark BRESCIANO (back problems), Brett HOLMAN (needs to learn how to breath and run and play football at the same time), Jason CULINA( plays like a crab in that he likes passing and running only sideways), Nick CARLE (talented than most he suffers from the rest of the team being jealous of  how many balls he can juggle in a row, 445 at last count), Vincenzo GRELLA (his calf has been suffering from Karma)
The Most Boring Debate Ever:
So the most boring debate in Australian Football history is whether enough players from A League have been picked. The Australian football media have been riding the Pim Verbeek comment that: "training in Europe is better than playing the A League" for too long and it's time to hit the snooze button.
!3 of the players that have been picked have played in the A League (11) or are currently playing (2) so move on nothing to see here!
Here is the A League list:
Michael BEAUCHAMP(Mariners), Nick CARLE( Jets), David CARNEY (Sydney FC), Jason CULINA (Gold Coast), Eugene GALEKOVIC*(Adelaide United), James HOLLAND (Jets), Mile JEDINAK (Mariners), Mark MILLIGAN (Sydney FC), Craig MOORE (Brisbane), Jade NORTH (Jets) Tom OAR (Brisbane),  Nikita RUKAVYTSYA (Perth), Dario VIDOSIC (Brisbane) 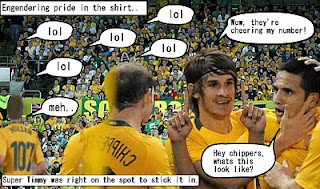 Who will be Culled? The 31 players that are picked will be culled to 23 on the 1st of June.
Shane LOWRY, Tom OAR,Michael BEAUCHAMP, Nick CARLE, James HOLLAND, Richard GARCIA, Eugene GALEKOVIC*, Dario VIDOSIC
It's going to be a tense and hectic couple of weeks for the fringe players. Maybe the Australia New Zealand game on the 24th of May at the G will decide those fringe places.
So to the G on the 24th of May and then to the 1st of June for the culling!