Socceroos-Kiwi's Analysis: Is This It?

This is what says it all for me when looking at the Socceroos performance against New Zealand at the MCG. The Strokes first album Is This It.  And after playing like this for the last couple of years the answer unfortunately is yes. I’ve been hoping and praying and meditating that the Socceroos performances will swing into overdrive and the slick quick tempo play that the Socceroos showed at 06 World Cup and against Holland and Ireland away in friendlies would came back.
Sure that kind of play I described only happened in spurts and the rest of the time the Aussies are mostly chasing the play and thwarting attacks but lest get realistic. The defence is slow. The long balls are many, the inventive play and imagination is not there and the speed is lacking. The speed of thought, speed of action and speed of execution is laboured and most times contrived. The game plan of 4-2-3-1 set up mostly in a negative defensive formation not to concede must be so obvious to the opposition. 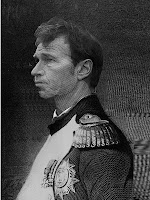 Pim’s often quoted mantra “That training in Europe is better than playing the A League” proved to be a case of bullshit! New Zealand ‘s A League contingent troubled the European Socceroos so much that they resorted to clumsy studs in air challenges that almost broke Leo Bertos's leg. The wine stained bruises on Bertos's leg made the Socceroos out as disrespectful thugs. A painful irony considering that Grella one of the main culprits was saying during the build up to the game that the Kiwi’s should not be looking to cause injuries.
Unlike Gus when you did not know what to expect.  The opposition coming up against Australia should not fear anything the Australians do. With Pim the players know what to expect. The first 11 is guaranteed a spot and those players do not feel any pressure for their spots except to be fit.
Lately the Socceroos have been playing to a very poor script. With the actors only giving half arsed performances and the understudy’s not being much better. The exciting characters that have that special something are fading ( Kewell) or are being ignored(Carle). And you know what’s going to happen next. There is no M Night Shyamalan twist here. The formula is getting boring/ Play crap in the first half and then a bit better in the second. Why does it take a half time chat for Pim to get the players to pass the ball quicker and for the full backs to join in the attack?
All my pre-World Cup excitement has dissipated and I fear that we are going to get one big time ass kicking.  Watching the Socceroos slide dangerously into New Zealand players I felt that same ugly feeling of hate that I sometimes reserve for the Australian Cricket team.
For the first time in a long time I wanted the Socceroos  to lose. So they can learn a lesson. But the worst thing possible happened they won and Brett Holman who couldn’t pass an STD in an African brothel ended up scoring the winner.
So I wait for the uninspired cull that Pim will make today. He will cut the players you want to see and keep the ones that you don’t.
( The thoughts of this writer do not reflect the optimism that is supposed to be shown when your national team is about to embark on it's third World Cup, however he has been forced to open up on his true feelings upon witnessing the "shit on the stick" that was on offer at the MCG last night.)


Read all about it:
Later today Scott McDonald, Nick Carle and Jade North was cut by Pim Verbeek.
Tommy Oar, James Holland, Shane Lowry and Eugene Galekovich are said be on standby only getting on the pitch in South Africa if an injury occurs.


One to be culled from the 24 below by the 1st of June. I reckon Vidosic/Ruckavytsa is gone.