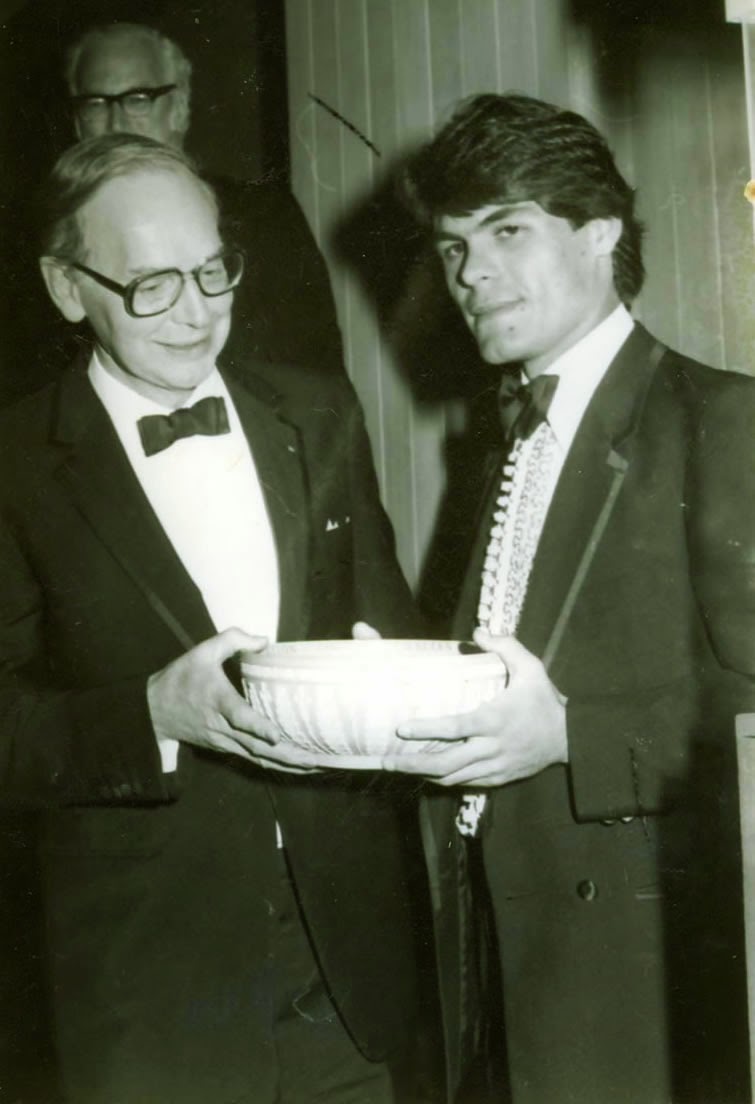 This is the second part of the interview with former Socceroos great Peter Katholos.

The “Kat” talks about the FFA Cup, the Socceroos performance at the World Cup in Brazil, and he looked back at his playing career.


(Picture right Peter Katholos wins Player of teh Year in 1982)

Why did you think of the FFA Cup a lot of the old NSL teams are involved?
Fantastic! It’s Brilliant! It should have been done ages ago. You can’t forget about your roots. Your roots are your ethnic clubs that kept this country going. Who kept the Soccer going? Your Sydney Olympic’s, Marconi’s, the Apia’s, South Melbourne’s and Heidelberg’s,

“You can’t forget about these clubs. You need to embrace them and not forget your history and I think now (the FFA) they’re embracing their history. It’s great to see! Because no football code, Aussie Rules, Rugby Union, forgets about their history.

(Picture above FFA CUP between Sydney United 58 and Sydney FC)
Because if you have no history you have no substance, you’ve have nothing.

There are people that have worked tirelessly for years to keep the game going. We the players that played in the 80’s, we were never recognised properly. You know what I mean? But now there’s a little bit of recognition coming and that’s the way it should be.

We offered so much! We inspired the current generations!

What did you think about how the Socceroos at the World Cup in Brazil?
I think they were very competitive. Lots of new faces and refreshing but at the same time some naïve defending that I’m sure will be sorted. The team played great football though. I was very happy for Ange (Postecoglou) getting the job. He deserved it. His concept of playing football is right.

Do you think Ange Postecglou got the best out of the squad of players that he had?
Yes and no. Looking at the team there was a lot of young players. I think he needed a bit of experience, especially in the defence. In saying that, they did well.

If we had a little more experience and leadership at the back someone to talk to the young guys I think they could have done a lot better. Naïve defending cost us five goals in the World Cup . We could have progressed!

Up front we needed a striker! We need finishers. We need someone to put the ball away. (Mathew) Leckie and (Tommy) Oar although busy need to improve is my opinion.

This young boy Tom Juric, I like him, he should be involved in the squad sooner than later and Terry Antonis can develop into a good playmaker and can play with both feet, he has vision and work rate.


Tell us about your time playing in the NSL?
It was beautiful mate, I loved it. I love football, football is my life. I played, I trained the house down, I wanted to be a footballer, and I achieved my goal. I did. I was Australian player of the year. It was the biggest day of my life. I wanted to be the best. I was.

When you get accolades from top people acknowledging that and saying it, that’s satisfaction.

What about your time playing for the Socceroos?
Yeah, Fantastic, Fantastic. I loved it! I’ll never forget it. I’m always thinking I can still play. I’m still playing. I’m playing 45’s. The mind’s there, but the body’s not there.

The passion is still there but the body’s not there.

What can you tell us about the big games you played?
It was good unfortunately I didn’t go to a World Cup. That’s why this year I went to Brazil and watched the World Cup. I went this year for the first time.

I didn’t make it as a player that’s why I went as a spectator.

Watching Australia play at the World Cup what were your feelings?
I wish I was there! I wish I was there playing. Those moments are gold. These boys are so lucky playing at such an elite level and they are in the shopping window of the world.

If I played for Australia now I’m pretty sure when Bobby Robson the ex Barcelona & ex England coach says” he’s an incredible player” on Television, I’m pretty sure they’d take notice and I’m pretty sure all these clubs would be waiting to sign me up.

So these are the things you think of that could have happened but that’s the way it goes it’s a different era.

The money is ridiculous!  But No regrets! Life goes on!