Generation Who? Hungary for Success 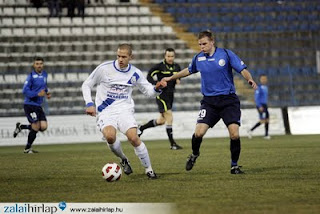 Over the following months, ggarmy.com will sit down with a number of young Australians plying their trade both in the A-League and abroad, filling you in on the next generation of Socceroo stars. First up we speak to Sasa Macura, an Australian currently cutting his teeth in Hungary

Australia’s next group of young footballers have been given the glamorous title of Generation Next. Players like Mathew Leckie, Ben Kantarovski and Tommy Oar are all well known in the Australian football community. Take a look at the latest Aussies Abroad data base though and you will notice that 59 of the 170 players plying their trade overseas are under 20 years of age. Many of them have moved overseas without ever playing in the A-League. I like to call this group of players Generation Who?
One player on the list is Sasa Macura, playing in Hungary for MTK Budapest II in the B II East division. 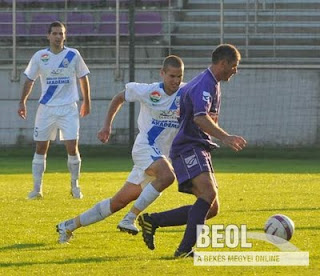 “Hungary wants to push for the European and world stage and has started off focusing on establishing young players. Although not being Hungarian, I see this as a perfect opportunity to be part of their goal and improve my football as much as possible, and it’s the reason I came here to pursue my dream and my passion.”
Wanting to get an idea of a week in a life of professional football player in Europe I asked Macura for an insight into life as a youth team player for MTK Budapest, both on and off the pitch.
“As a youth player at MTK, I train with the first team. Training is every day and time varies depending on what the coach wants to do. Sundays are mostly free depending on if the games are played on the day. Off the field, I relax at home, Skype with family and friends and explore the city from time to time, which is beautiful. I’m also doing my best to learn the language which I have to say is hard, however I’m doing my best to learn it.”
GGArmy.com finishes the interview with Macura by asking him for the best piece of advice he has ever received from a coach.

“To leave it all on the field. Be yourself and believe in yourself!”
There is a large number of young Australian footballers playing in teams you have probably never heard of, living in far off cities. The question for these players is, are you part of Generation Next or Generation Who? Only time will tell, but after making the first team in his first season in Europe, GGArmy.com has the feeling Macura belongs to the former..
Posted by A Football Story at 8/18/2011 09:11:00 AM